Everyone can agree that the jobs of firefighters and other first responders like EMT’s, paramedics, and law enforcement, can be difficult and stressful. According to the US Fire Administration (USFA) there were over 1.3 million fires in 2018, resulting in 3,655 deaths, 15,200 injuries, and$25.6 billion lost in damages. Many people know that California is not only notorious for its beautiful beaches and sunshine, but also for its raging wildfires. The California Department of Forestry & Fire Protection reports that their “firefighters, fire engines and aircraft respond to over 5,400 wildland fires that burn an average of over 156,000 acres each year”. 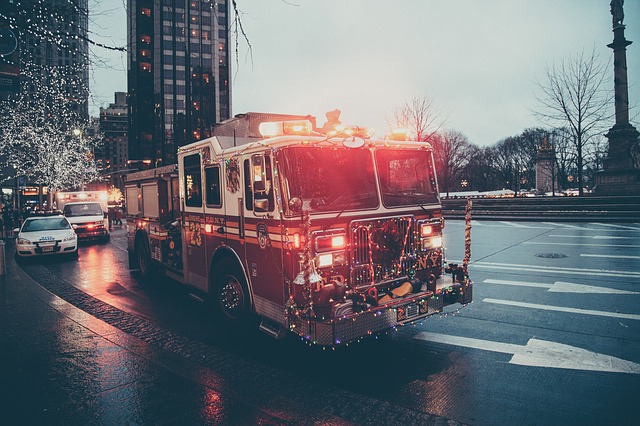 Firefighters are a huge part of the first responder community. In a study done by Homeland Security in 2017 using several countries, including the United States, the “global first responder market in these countries represented approximately 7.5 million first responders”. Of those, 3.9 million were fire services, 2.2 million were law enforcement, and 1.3 million were emergency medical services. That is an incredible amount of people performing some of the most dangerous jobs for the betterment of our communities. It only makes sense to provide them with tools to help them perform quickly, efficiently, and, most of all, safely.

That is why all first responder teams should take advantage of the advanced technology that is taking the world by storm: thermal cameras.

The Dangers of Being a First Responder

The dangers our first responders face everyday for the sake of our communities make their work stressful and challenging. Here are just some of the emergencies that first responders are trained to deal with:

These emergencies and more are what constitutes the jobs of firefighters and first responders. Because emergencies can happen at anytime and anywhere, quickly getting to and from where they are needed can be difficult for these everyday heroes. Driving in dark or perilous conditions is often part of their job and puts them at even more risk.

But how do we know the extent of the risk involved with first responders and driving? Here are some statistics that prove that driving for first responders is one of the most dangerous parts of their jobs (source): 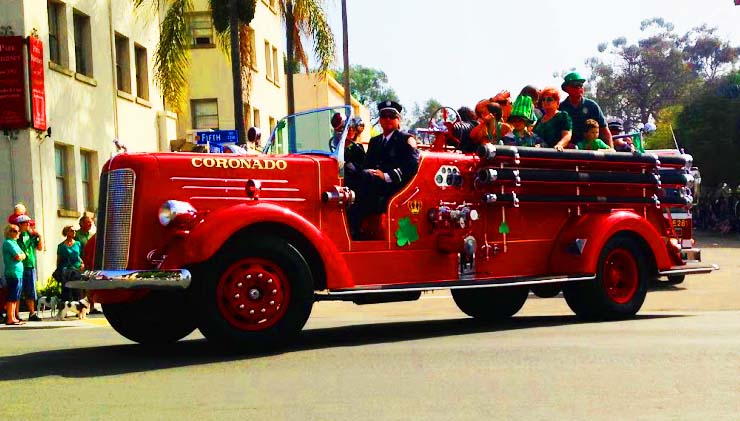 What is important to take away from these staggering statistics is that: “traffic-related fatality rates for law enforcement officers, firefighters and EMS technicians are estimated to be as much as 4.8 times higher than the national average among all occupations”.

However, it is not only the loss of lives that occurs daily for these first responders. There are many extraneous financial costs of wrecks, especially when it comes to wrecks involving expensive vehicles that are equipped with medical gear, fire-relief gear, first aid essentials, and other technology that helps first responders save lives. Millions of dollars are wasted annually on replacing vehicles, lawsuits, disability for those injured, and training new recruits when preventable crashes with first responders occur.

How Thermal Driving Cameras Can Provide Relief for First Responders

A thermal driving camera could easily be fitted to any first responder fleet from firetrucks or state patrol and other police cars, to ambulances or sanitation vehicles. These thermal emergency responder cameras would help our first responders to operate their vehicles much more safely by providing them a means to detect wildlife, pedestrians, and other cars through their thermal cameras.

The ability to detect road hazards is crucial for first responders because they are always driving and must drive very quickly to get to their needed location in time. For this line of work, seconds mean lives. Any lost time could be the difference between life and death for those in need. This time pressure on first responders greatly increases their risk for accidents, especially in hazardous road conditions like rain, snow, and ice as well as when they drive in the dark.

This is especially true for firetrucks. Oftentimes firetrucks are the first to arrive to a scene because ambulances are so occupied but are some of the most dangerous vehicles to operate at the speeds they usually drive. They are extremely large to carry ladders, a crew of firemen and other fire-relief gear; they can cost more than $2 million to replace, and hundreds of thousands to repair. Firetrucks are also the vehicles that go into some of the most dangerous situations.

Firetruck cameras could be revolutionary to the safety of firetrucks and their teams of firefighters. Installing a fire engine thermal camera for whole fleets could greatly improve firefighter safety by allowing for advanced detection of road hazards that are huge risks for firetrucks. Perhaps one of the best uses for fire engine camera systems with thermal capabilities is their ability to also see through smoke. When pulling up to the scene of a large fire, especially in the cases of wildfires like the ones often seen in California, the ability to see through smoke is important for firetrucks to find a safe place to park while maximizing effectiveness of the vehicle.

Thermal cameras are diverse in their ability to help many different professions within the first responder-world.

Using thermal imaging cameras for fire fighting itself can be an excellent way to help firefighters safely maneuver through fires and locate individuals or animals who need help. They are also useful in identifying where fires are concentrated, where they are spreading, and what doors might be too hot to touch. Increasing the safety of firefighters in every way possible is the best thing we can do for them.

When fighting wildfires, which is an extremely dangerous situation by itself, fire fighter thermal cameras could identify where fires are and can visualize how quickly they are spreading. Hot-spots and concentrations in the fires can be identified by comparing the most intense heat signatures. Animals and wildlife that could be saved can be located through fire apparatus camera systems. Also, the importance of seeing through smoke cannot be stressed enough, which thermal cameras can easily provide.

The Thermal Cameras Made for Fleets

Speedir’s thermal cameras are the most advanced thermal imaging cameras on the market and provide state-of-the-art quality at affordable prices. Speedir’s mission is to create innovative thermal imaging devices that are affordable for the public and for mass use in businesses to help increase road safety for everyone. Thanks to their patented technology they derived from military standards, harnessing thermal tech even for whole fleets of vehicles has never been easier or more affordable.

With Speedir’s Night Owl Thermal Night Vision Camera, your nighttime vision is extended to 3000 feet beyond your headlights. Thermal imaging’s accuracy and reliability is sure to beat any fault that could be made by the human eye. Thermal cameras do not need any light to work and can, in fact, work just as well in complete darkness or in sight-impeding conditions like rain, fog, smoke, snow, or dust. It is adaptable to any screen with video output capability and is a staple for vehicle fleets.

If you want the absolute best in road-safety and accident protection, Speedir’s Night Owl Plus thermal camera with artificial intelligence is for you. This advanced AI technology is the best complement to the thermal camera, and will notify you of objects detected by the sensors up to 400 feet away (although the camera itself still is capable of sight up to 3000 feet beyond headlights). For the most advanced protection available, this camera is for you.

For more info about these cameras and fleet deals, contact Speedir at info@speedir.com.