While it's true that traffic fatalities on American roads have remained persistently flat for years, an alarming spike in the traffic deaths of pedestrians and bicyclists illustrates a greater need for car-based AI technologies that can help drivers be more safe. That's because even when a self-driving car has an accident, it's actually people that cause the overwhelming majority of them. 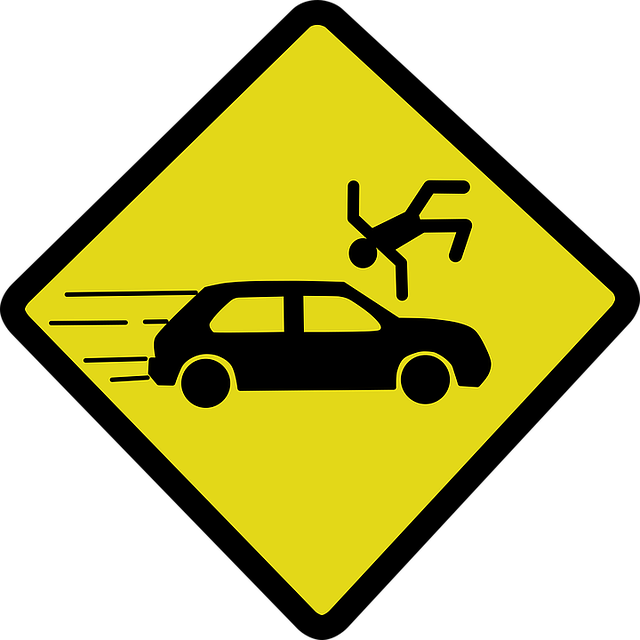 According to the National Highway Traffic Safety Administration, the number of traffic deaths in 2019 declined by one percent overall but rose by four percent for pedestrians and 10 percent for bicyclists. While it's unclear what, precisely, is driving the uptick for pedestrians and bicyclists, experts estimate that distracted driving, such as using a cell phone to call, text or read, is a likely culprit, though it's true that most drivers won't admit to these behaviors. Furthermore, in large cities such as New York City, pedestrians account for almost half of all the city's traffic deaths.

So how can we reverse these frightening trends?

One such way is to arm our nation's many cars with AI. In test after test, artificial intelligence, or AI, has been shown to help people drive safer and save lives. Both pedestrian detection and automatic emergency braking systems can help distracted drivers react quicker and do more to prevent injuries and fatalities, but the slow adoption of these technologies on behalf of the major automakers has, rightly or wrongly, shifted the burden onto the consumer.

In 2016, however, the United States Department of Transportation's National Highway Traffic Safety Administration and the Insurance Institute for Highway Safety in collaboration with 20 leading auto manufacturers announced that by 2022 all new cars will be equipped with life-saving AI systems.

Unfortunately, the declaration remains voluntary and automakers are free to back out and develop their own internal targets at any time -- or remove them altogether.

As of 2019, only half of all cars produced between late 2017 and late 2018 included an AI system such as a dash cam or emergency braking capabilities. Though this sounds like a small win, European and Asian manufacturers lead the industry with standard AI features in most cars while the major U.S. companies lag far behind. In general, the more expensive makes and models have some AI capabilities, and the future of AI in cars has not yet trickled down to cheaper, more economic models.

Here at Speedir, we're proud to be a pioneering member of the fast-paced, intelligent car industry. From our top of the line infrared imaging solutions to our state of the art thermal cameras, we believe in the power of technology to help save lives. From fleet safety devices to advanced automotive electronics, we combine hard technology with AI modeling to enhance both fleet safety and nighttime driving for anyone that's interested, and we do it all while following state and national laws, unlike some of our competitors. Simply put, we work tirelessly every day to improve driving and driver technology in each and every car -- because we know that if we can save just one life, it's worth it. 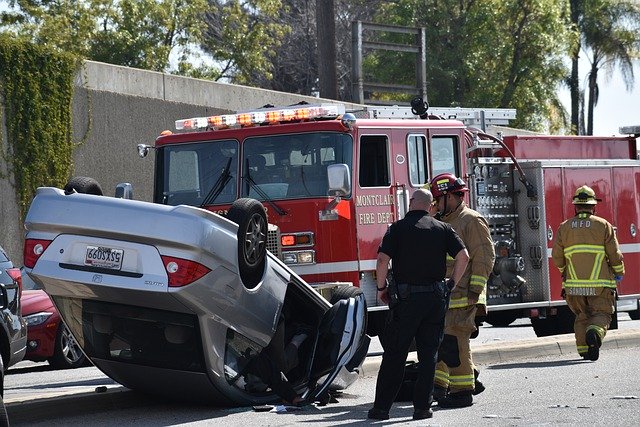 According to the CDC, about 6,000 pedestrians were killed in car accidents in 2017, amounting to one crash-related pedestrian death every 1.5 hours. In tandem with this startling statistic is the equally alarming realization that within the same year, 20% of children under 15 years old who were killed in car crashes were pedestrians.

What can we learn from this data? There is clearly a disconnection between driver perception and the presence of pedestrians. Admittedly, a significant percentage of these traffic-related accidents were in some way accompanied by driver or pedestrian intoxication. Still, the risk of hitting a pedestrian, whether it be due to poor driving visibility or sudden movements and slow reflexes, is one that can be prevented.

Speedir hopes to close the gap between driving perception and traffic safety through their AI-equipped thermal cameras. You can read about our infrared technology separately through our Thermal Imaging Platform page here. The key companion is our artificial intelligence (AI) equipped models; thermal cameras paired with AI software that provide the most thorough points of perception a driver could need.

How does AI enhance the safety of your driving? While our IR night vision cameras see things that you cannot, our software reacts to those subjects. For example, if a Speedir Thermal Camera picks up on a pedestrian hurrying across the street, the accompanying AI software will give an audible alert. We call this an Advanced Driver Assistance System (ADAS). That way, you’re never driving in the dark. 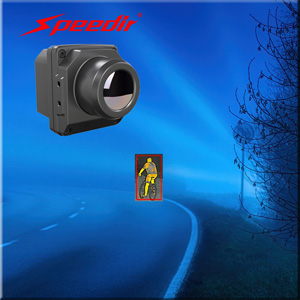 Whether you're in a bustling city, a rural environment or you simply appreciate nature and love to take tours through majestic mountains or the calming plains; people and animals are constantly on the move. Driving technology has made travel easier and more enjoyable, and its safety has improved with Artificial Intelligence. AI for automotive usage has many astonishing functions. It improves a driver’s accuracy which can reduce accidents and ultimately keep drivers, pedestrians, animals, and truckloads safe. AI acts just like the human brain as it can recognize vision, speech, facial movements through sensors, and make decisions. AI in vehicles today is more affordable for fleet applications to monitor precision and efficiency. AI dash cams are beneficial for detecting unsafe driving behaviors and alerting fleet managers which will ultimately create a safer and more reliable workforce within many transportation companies. Installing smart dash cam in your vehicle can aide your natural driving ability during the day and more importantly at night when your visibility is considerably less. AI sensors enhances a vehicle operator’s safety by serving as an exceedingly effective sixth sense for fleet drivers, or others who operate vehicles for commercial or domestic transportation. AI can also detect road hazards especially for vehicles that often travel rural areas where wildlife can unexpectedly jump onto the roadway. The same can be said for vehicles that travel urban routes where pedestrians are highly prevalent.

Smart night vision cameras serve as a second set of eyes to monitor road conditions. When equipped to vehicles, they can aid your driving safety by effortlessly detecting hard-to-see roadway threats, animals, pedestrians, and other vehicles, in pitch black roadways or through foggy morning commute! AI dash cams have a heightened visual perception that help recognize and understand the relevance of an object to the driver. They also assist the driver with taking the necessary precautions i.e., whether they are to swerve, engage the brakes, or continue accelerating in a particular direction. Even when there are no road markings, smart night vision dash cams can distinguish a safe route for the driver. They are so intelligently designed that they can differentiate moving objects from static objects. Motorcycles, cyclists, pedestrians, and animals that the human eye tends to miss are easily identified within the area of the vehicle. Collisions with humans, animals, and inanimate objects that would otherwise have resulted in a lot of harm and expenses are thereby prevented with a simple installation of an AI night vision dash cam. 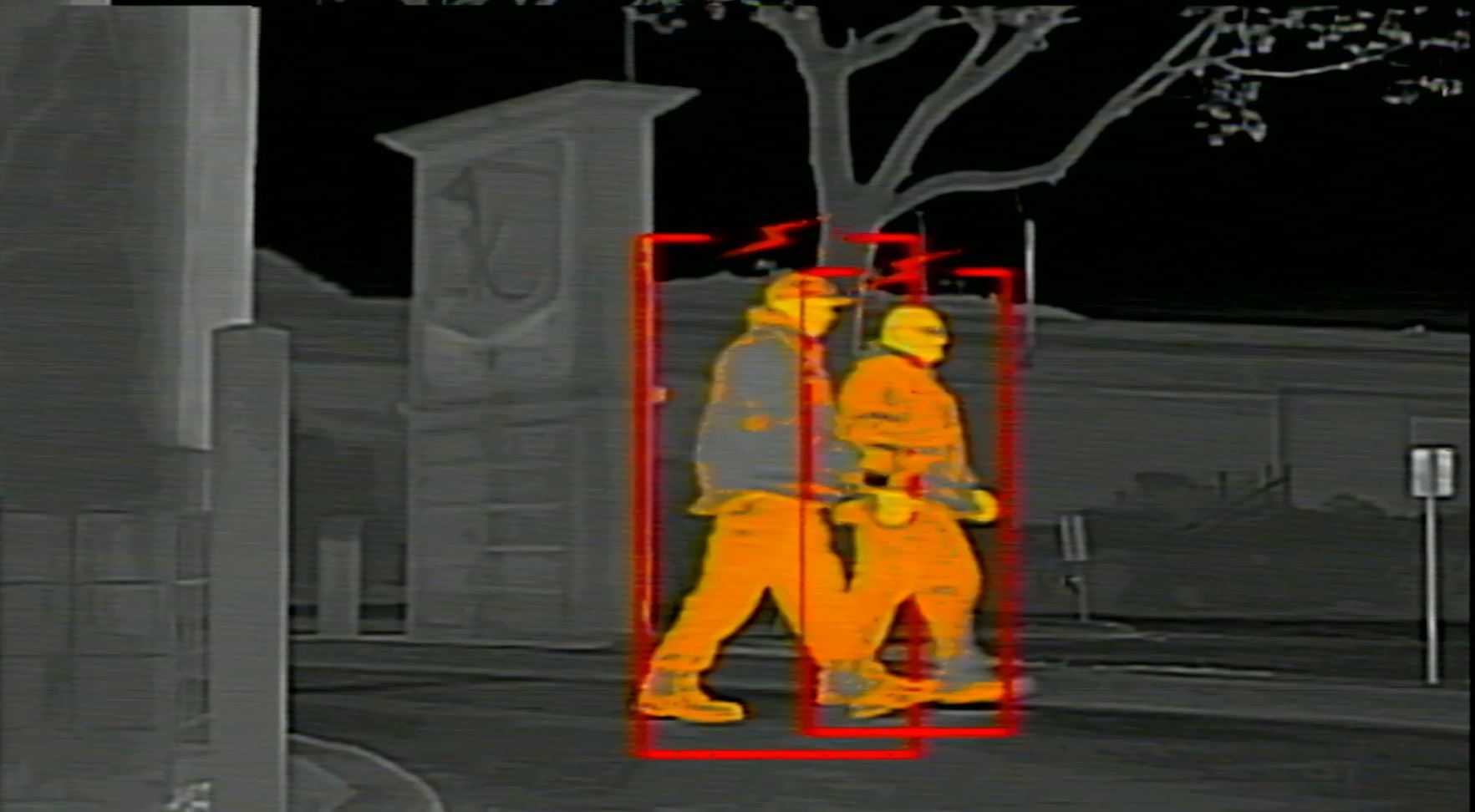 Aside from keeping people and animals safe, fleet management is highly attracted to keeping all vehicles along with their driver’s operative. The carelessness of their drivers can result in the loss of goods, vehicle damage, and much more which creates unnecessary expenses with loss time even lawsuits. Thus, fleet dash cameras are installed onto the steering wheels of large vehicles to monitor commercial driver’s habits. A driver may become distracted when he looks at the back seats or even the passenger at his side; the cameras are always engaged to detect and alert them. According to the National Highway Traffic Safety Administration, distracted driving involves "any activity that diverts attention from driving". Actions such as the use of mobile phones, drinking, eating, or chatting while steering the wheel of a vehicle are to be avoided as much as possible because of the high fatalities they create every year on our roadways. Hence, there’s a need to operate intelligent cars. In the end, AI can create safer drivers, secure our roadways, and allow management to run efficient fleet operations.

The fixed route system which involves the provision of a designated public transport ensures that a vehicle operates along the prescribed route and within a certain time schedule. Fleet owners and managers who run commercial transportation, courier services, and others work with a fleet of vehicles expected to convey passengers and make deliveries from one place to the other. They would find Artificial Intelligence very helpful since they deal with highly articulated schedules and have a desire to maintain their reputations as well as to avoid a myriad of lawsuits.

AI cameras in vehicles help drivers commute freely, give routes and alternatives, and tell the driver where they should stop per time. The cameras also monitor the routes that their vehicles are taking and give fleet managers their exact location. Drivers are monitored so that they don't have more than the stipulated number of passengers in their vehicles per ride. AI cameras also monitor the measure of a truckload. Commuters are carried through the cities based on a schedule and route that are already set. Where the camera captures the vehicle veering off the expected lane, the intention of the driver is checked. If for instance, the swerve is a necessary one, there would be no problem. However, where it is a direct contravention of stipulated routes, the fleet management is immediately alerted and the driver is warned. 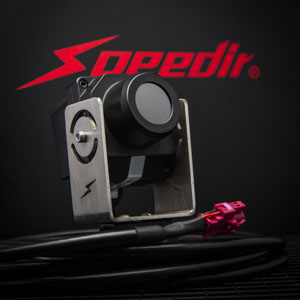 See clearly at Night with AI

Most drivers would tell you that they'd rather stay at home than operate their vehicles on the road when it's dark outside or in unsafe weather conditions. They do this because they are unable to see clearly and are afraid of causing accidents that could result in injury or even death. AI Cameras, such as Speedir’s Night Owl Plus thermal night vision camera, which detects thermal heat signatures and translates them to a viewable video signal to help drivers navigate when driving in undesirable road conditions. Speedir's smart thermal dash cam does not require any light to function, allowing you to view the road hazards through complete darkness, dust, smoke, fog and even vegetation. The IR camera's powerful vision helps you to see even amidst total darkness. The system can detect heat and allow you to see as far as four times down the road compared to standard headlights. The clear visibility helps you navigate freely and safely at any time of the day, without fear of damaging your vehicle or others.

The Future of Artificial Intelligence is very bright as it is an improved technology that has not only made driving easy for everyone but made safer to drive dark roads, especially by trucking industries and fleet companies possible. From the prevention of collision to the reduction of loss time, roads are safer to tread, and there is no need to exhibit fear while you are driving on the road at night.

Take control of your driving perception by checking out our products. For more information on our thermal imaging or artificial intelligence platforms, feel free to explore our website or contact us at [email protected].