Law enforcement has an important job to carry out: protecting the citizens of their communities and enforcing justice. It is an honorable job, but it is also a dangerous one.

There are more than 12,000 local police departments in operation in the US in 2016 and more than 3,000 sheriffs’ offices, according to the Bureau of Justice Statistics. On a 2003 survey from the BJS, it was reported that: 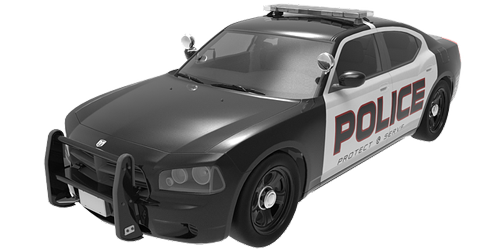 In total, this equates to 410,000 law enforcement vehicles in the US in 2003, and that number may have drastically increased since then.

These cars are one of the most important tools of officers on the field. They provide the main transportation for policemen and women, allowing them to patrol the nation’s streets and keep them safe. They carry many valuable tools for the officers, and some even are fashioned for K9-Unit transportation. They also are equipped with computers to access police databases and are outfitted for the movement of criminals to jails or prisons. Indeed, these patrol cars are extremely valuable, which is why they need, and deserve, extra protection.

Most law enforcement patrol vehicle cameras in use today are no more advanced than any regular dash cam. They simply record, and at best have weak night-vision capabilities which do not provide clear pictures of what’s happening. Regular night-vision is very limited, especially by distance and light level, and do not work well under hazardous or limited-visibility conditions such as fog or intense rain.

There are dash-cams that would make a much more reliable and efficient police car camera system. These better dash-cams are called thermal night vision cameras. Only a select few police vehicles have this technology, due to extremely high prices. However, in recent years thermal night vision cams have become much more affordable, and whole fleets could make great use of this technology.

What a Thermal Night Vision Camera Could Do for Law Enforcement 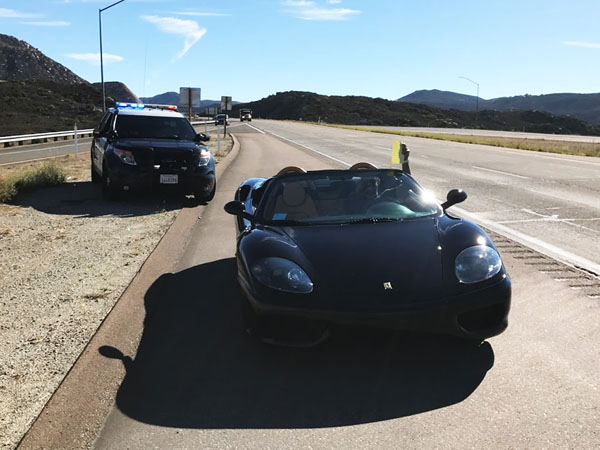 Did you know that, as reported on the CDC official website, motor vehicle-related incidents are a leading cause of line-of-duty deaths for law enforcement officers in the United States? This is because of the many hours an officer spends behind the wheel of their vehicle, and the fact that they face increased risk of incidents when responding to emergency calls (source). Many of these deaths may have been prevented if thermal cameras were used in more police vehicles.

The power of a thermal dash cam could revolutionize how policemen and women work at nighttime. Many must work graveyard shifts, because crime rates increase when it is dark. In fact, according to information provided by the Office of Juvenile Justice and Delinquency Prevention, 24% of all violent crimes committed by adult offenders occurs between 8 p.m. and midnight, and peaks at 9 p.m. This leaves officers extremely vulnerable to the dangers of nighttime driving, because of the increased demand for their services at night.

What thermal night vision cameras could do for officers is offer an increased level of safety and protection while driving in the dark. Thermal technology has the power to detect road hazards such as wildlife and pedestrians through thermal imaging. This sort of early-detection can be crucial to road safety, specifically at night, when even the brightest headlights on high-beams are inadequate when compared to the power of a thermal camera.

Thermal sensors can detect anything that gives off a heat signature – such as animals, humans, or other vehicles. While headlights can illuminate up to 250 feet ahead (source), a thermal sensor will pick up heat signatures up to 3000 feet beyond these regular headlights, making them a far more efficient way to detect hazards or suspects ahead on the road.

Furthermore, a thermal camera equipped with these thermal sensors will display the image and location of the hazard on a screen for the driver in a bright color, to highlight the obstacle and give the driver plenty of notice to form a plan of action and avoid it. This could be crucial for officers, who often drive in the pitch-black of night, and often at high speeds in order to respond to emergencies. 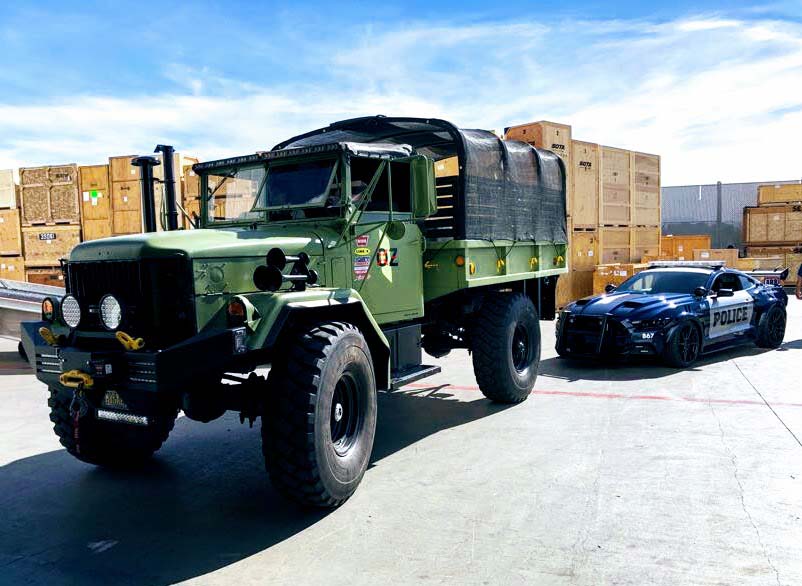 There are dash cams today that are not only thermal, but also have AI capabilities (see Speedir’s Night Owl Plus AI-Enabled Infrared Camera). These kinds of cameras could be doubly useful to law enforcement because not only do they provide the extra-sensitive detection of thermal images, but they combine that with an Artificial Intelligence that will notify the officer of detected hazards once within roughly 400 feet of it.

Taking advantage of technology like this could save many officer and pedestrian lives, making the roads safer by giving officers peace of mind while driving and allowing them to perform better and more confidently at their jobs during the tedious hours of night.

As more and more industries such as semi-truck transportation, ride-sharing services, and even rental agencies, begin to incorporate the benefits of AI into their systems to increase safety, the law enforcement industry should be no different. An officer’s job is often fraught with danger, but with the assistance of AI and thermal police vehicle cameras, the dangers included on the roadways could be limited extensively.

In addition to the regular benefits of thermal cameras, law enforcement can gain further assistance more specific to their job, such as:

If an officer doesn’t realize a suspect has a weapon on them, the danger levels for that officer rise immensely, even if they are performing a simple traffic stop. However, with the suspect standing outside of the vehicle, a thermal camera might be able to detect that concealed weapon and alert the officer to its existence.

A run-away suspect can present a huge danger to an officer. When a suspect flees a scene or traffic stop on foot, they could potentially be carrying drugs or deadly weapons, or could be under the influence. All these situations could easily turn fatal for a pursuing officer or innocent standers-by. However, with the help of a thermal camera, an officer could easily detect a criminal hiding in a bush or shrubbery.

Crime does not stop for dangerous weather. In fact, on the website government-fleet.com, they say “there is evidence that driving in dangerous weather conditions is one of the reasons so many officers are killed in patrol vehicle accidents… more officers are killed in vehicle crashes than in felonious attacks”. Perhaps if thermal cameras were implemented as a standard for police cars, this would no longer be true, because driving for officers would become much safer, even in inclement weather.

The safety of our nation’s officers is of the utmost importance. One of the best ways we can offer protection to law enforcement is through the use of thermal police dash-cams. As is evidenced above, these cameras could be very useful in not only giving law enforcement officers peace-of-mind while driving in dangerous conditions like darkness and fog, but they will also save lives while alerting these officers of hazards in the road or on suspects.

Police officers are at higher risk than almost anyone else because of how frequently they drive at night and in inclement weather conditions, and because they often must take quick action in high-speed responses to emergencies. Due to this heightened risk, thermal cameras could revolutionize how police fleets operate, at night or otherwise.

Below is information and specifics on two of the best thermal infrared car cameras on the market. Click the links to check them out:

Night Owl Thermal Night Vision Camera by Speedir: This camera uses infrared imaging and thermal sensing to detect heat signatures on a viewable display. It has a standard video connector to connect to any screen or video input, and can see pedestrians, animals, and vehicles up to 3000 feet beyond your headlights.

Night Owl Plus Infrared Deer Detector for Car by Speedir: This camera is not only an infrared thermal camera but also comes with and AI system to combine the best technologies for night driving and deliver a reliable product. This AI system is called an ADAS, or an advanced driver assistance system, to alert you to objects detected up to 400 feet away. Of course, this system still comes with impeccable long-range IR sensors to allow you to also see on screen up to 3000 feet beyond your headlights.